Bourbon, Beer, and Bread: 5 Ways Rye is Transforming the Landscape 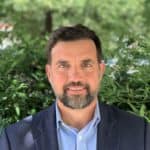 Yes, I love them all, but what do they have to do with each other?  In short, rye. Bakers, brewers, and distillers all use and love rye.  The flavor it imparts is distinctive. It imparts a spiciness in whiskey and in bread.  In beer, it smooths out hoppiness. At a recent meeting, I participated in a fascinating session on the flavor profiles of bourbon, double oaked bourbon, and rye whiskey. The rye whiskey was distinctively smooth and spicy.

Ok, but what more?

Rye is also used as a cover crop by farmers across the United States. Cover crops have significant environmental benefits. They contribute to building healthy soils. They reduce soil erosion. And, they can help reduce nutrient runoff which degrades water quality. Cover crops and healthy soils also can enhance a farmer’s resilience during extreme weather events – from drought to excess water. This enhanced resilience means that farmers using cover crops and other agricultural conservation practices are less likely to file crop insurance claims, which saves taxpayers money.

Despite clear benefits, it is estimated only 7% of farmland in the US are planted with cover crops. Commercial quality rye that can be used by distillers, brewers and bakers is practically non-existent in the United States. In fact, most American distillers import their rye from Canada or Europe.

In Kentucky and Tennessee, however, a unique collaboration is underway that is focused on both dramatically expanding the number of farmers planting cover crops and re-introducing commercial quality rye that can be used in rye whiskey, bourbon, artisanal breads, and micro-brews. The collaboration involves farmers, researchers and extension agents, NGOs, companies, and private foundations who are working together on a Rye Cover Crop and Commercialization Initiative.

They are taking a multi-pronged, five-step approach:

Aside from my personal love of rye for its contributions to three favorite indulgences – bread, beer, and bourbon – I’m also excited about the prospect of helping producers expand and benefit from the use of rye as a cover crop. The Rye Cover Crop and Commercialization Initiative is an indicative example of the power behind collaboration and solutions. I anticipate its work will benefit farmers and our soil as well as bakers, brewers, and distillers.

Todd Barker is Senior Partner and lead on the AGree Initiative, which is housed at and managed by Meridian Institute. He also serves as an Independent Director on the DendriFund, a private foundation based in Louisville, KY, which focuses on the sustainability of wood, water, and grain and has provided important leadership and funding to catalyze the Rye Initiative.