Disappointment and lessons from COP25 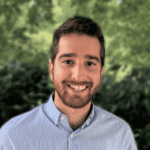 The 25th meeting of the Conference of the Parties to the UN climate treaty, or COP25, wrapped up almost two days behind schedule in Madrid this month. This COP was critical: little time remains to achieve the significant decarbonization needed to keep the world below a 1.5ºC target. Many hoped the conference would lead to countries delivering increased ambition in national climate plans and decisive guidance for an international carbon market.

Despite those extra two days, unfortunately, many aspects of the negotiations failed.

In other ways, COP25 led to successes – most of them far from center stage, borne of sidebar convenings or corridor conversations. The conference provides a place for advocates and policymakers from all over the world to network and strategize. My colleague John Ehrmann and I joined side sessions organized by partners working on forests and climate where regional and local leaders discussed key concerns and points of strategy for mobilizing companies, governments, and civil society to end tropical deforestation.

I also attended COP25 as a Board member for Youth Climate Lab, an organization that creates the conditions for scalable climate policy and entrepreneurship in Canada and around the world. At COP25, Youth Climate Lab led several capacity building and training programs, worked with small island partners to provide delegation support, and furthered work with Canada on scoping their approach to intersectional climate finance. So there was some progress – albeit on the margins!

While both the high-level negotiations and side sessions saw their highs and lows, I found the dissonance between the two venues striking. COP25 was encouraging and discouraging, productive and stonewalled. As the world discusses the conference’s policy outcomes, I have also been reflecting on what lead to them.

The negotiating stance of the U.S. federal government and a number of other national governments on critical issues of climate justice was less-than-helpful, particularly related to financial support for countries that are already experiencing irretrievable losses from climate change. This failure of leadership from the U.S. Government is undoubtedly a contributing factor to the lack of collective global ambition that was evident in Madrid.

This year, the Government of Chile had the responsibility of the COP Presidency, which includes helping the Parties get aligned before the negotiations and reach consensus on difficult issues during the negotiations. But the Presidency’s work was and is beset by the internal political dynamics of the major negotiating countries. Many “do-ers” (champions of climate action at local, state, and national levels) were at COP. Yet, many official negotiators from national governments (Parties to the treaty) did not recognize and amplify these voices – and as a result, their work and advocacy was lost in in the formal negotiations.

This is why advancing durable, bipartisan federal policy in the United States is so important. Whether through an economy-wide price on carbon, or complementary measures for agriculture, buildings, or heavy industry, the climate policies of one of the world’s largest emitters has and will continue to have a critical influence on determining the “art of the possible” in international climate policy.

Those with power and agency should move first…

Impact at scale will require action by powerful actors. For instance, when almost half of tree cover loss worldwide is driven by agricultural production of commodities such as palm oil, beef, and soy, companies must change their business practices to make a measurable difference. Meridian was at COP primarily to liaise with endorsers of the New York Declaration on Forests (NYDF) and the Tropical Forest Alliance (TFA) to advance a post-2020 deforestation agenda centered around collective action. These are multi-stakeholder initiatives – and many of the stakeholders involved are looking to each other to chart their own strategies. Credible, actionable, and measurable commitments by powerful actors such as the Consumer Goods Forum encourage a broader community to refresh its commitments to a deforestation-free future.

In addition to working with private sector leaders to end global deforestation, Meridian serves as the facilitator of the CEO Climate Dialogue in the United States. This coalition of 20 companies (with collectively over $1.4 billion in annual revenues) and four climate and environmental NGOs is advocating for Congress to enact federal climate legislation in line with a set of Guiding Principles. The CEO Climate Dialogue exemplifies the important role and influence of prominent leaders across sectors in advancing urgently-needed climate action.

…but their leadership must be collaborative and inclusive.

In taking the lead, powerful actors must actively take into account the experiences and voices of those less powerful – particularly youth, indigenous peoples, and local communities. Anything less risks exacerbating inequities that climate action should mitigate.

Notable speakers at COP – from former U.S. Vice President Al Gore to UN Secretary General António Guterres – repeatedly mentioned “collaboration” with these stakeholders, particularly youth. What I often heard in these speeches, however, were calls for support – not collaboration. A growing sense of outrage from young people and others around the world served as a backdrop to COP25, yet those voices and many key priorities were left out of the formal negotiation process of the UNFCCC and the attendant side events and functions.

With Madrid in the rearview mirror, the countdown has begun to COP26 in Glasgow. It’s time – past time – for countries, businesses, and other leaders to collaborate both formally and informally, double down on ambitious policies, and recommit to strengthening the UN climate process.

Our team helps leaders come together to reduce the drivers of climate change—and adapt to current and future effects. Learn more about how our work is addressing today's pressing climate challenges.

Our Work in Climate
X