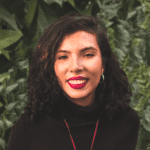 You hear muffled footsteps coming from the attic; you are filled with a growing sense of dread. A colorless draft of air shudders silently past, plotting its next target. You don your ghostbusting suit, an EMF meter, and… a carbon monoxide monitor?

Writer Carrie Poppy began to feel a creeping presence with her in her tiny guesthouse. Within days the feeling of being watched progressed to an uneasy feeling in her chest and then, the unmistakable sensation of someone passing by her. She was convinced someone, or something, was with her. In a desperate Google search, she connected with a team of ghost hunting skeptics and promptly called the gas company to her home, where they discovered not a ghostly vector, but a carbon monoxide gas leak.

42 percent of Americans believe ghosts are real, according to a 2013 Harris Poll, and they just might be onto something. While we cannot prove the prevalence of paranormal apparitions, we can prove the presence of the environmental hazard carbon monoxide (CO), a combustion fume which can leak from household appliances. CO poisoning symptoms can include headaches, hallucinations, drowsiness, chest pain, vision problems, and confusion – does this sound familiar?

Carrie is not the only one to have experienced these paranormal happenings due to this elusive gas. In 1921 a scared family reported that they heard “tremendous” noises, “as if furniture was being piled against the door, as if china was being moved about, and occasionally a long and fearful sigh or wail.” Thankfully, a relative suggested they check for poisoning before it was too late. More recently, a viral post details a young man seeking legal recourse for mysterious and ominous sticky notes being left in his apartment, only to find out that he was actually leaving them himself, in a poisoned stupor.

Around Halloween, seeking out hauntings is commonplace spooky fun, but carbon monoxide “hauntings” can be fatal, as the gas blocks oxygen from entering the bloodstream and can poison someone before they are even aware.

To prevent the environmental hazard in your home, be sure to schedule annual heating maintenance from a professional heating and air conditioning technician, test and replace carbon monoxide detectors, and routinely change your furnace filter.

In addition to looking out for bodily symptoms of long-term carbon monoxide exposure, you can also look for physical signs such as rust and soot around the furnace, flue pipes, venting, and pipe connections; visible moisture and condensation on windows, walls, and other cold surfaces; no upward draft in your chimney; and leaking water from vents, flue pipe, or chimneys.

While it may be good news for some that ghost sightings and haunted happenings can be attributed to carbon monoxide, it is a real environmental health threat to be aware of all year long. So next time “it’s close to midnight and something evil’s lurking from the dark,” listen to your intuition – something evil could be lurking there. It might just be carbon monoxide.