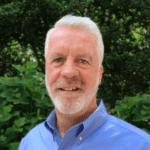 Though climate change has long been a “too-hot-to-handle” topic on Capitol Hill, the winds of change are beginning to blow! Meridian is proud to support the CEO Climate Dialogue, a group of 20 companies with a combined annual revenue of over $1.3 trillion and four environmental and climate NGOs committed to advocating for bipartisan climate change legislation.

On November 5, eight CEOs—from BASF, Dow, DSM North America, DTE Energy, LafargeHolcim, PSEG, EDF, and WRI—met with one Independent, six Republican, and six Democratic U.S. Senators. Their message was clear: addressing climate change is both urgent and critical to the long-term certainty that companies across multiple sectors need to thrive and grow. Their public stance debunks a narrative that environmental action is bad for the economy. The messages these CEOs delivered were well-received by Senators across the political spectrum. Many of these Senators applauded the CEO Climate Dialogue effort, and many emphasized the importance of vocal support from the business community to spur bipartisan climate action.

A particularly notable meeting that day was with the newly formed Senate Climate Solutions Caucus, which invited CEO Climate Dialogue CEOs to participate in its inaugural meeting. The Caucus—a bipartisan effort that currently includes five Republicans and five Democrats (including an Independent who caucuses with Democrats)—is intended to find constructive, bipartisan policy options to address climate change. The CEOs engaged in a lively dialogue with Senators about possible climate policy options and solutions. All participants approached the meeting with a constructive spirit and intent to benefit from the diverse sets of experiences and expertise at the table.

Why does the CEO Climate Dialogue think this effort will be different than past efforts to enact comprehensive climate legislation?

First, the CEO Climate Dialogue is choosing to interface directly with members of Congress about key priorities and policy options before developing specific policy proposals and recommendations. The focus is on constructive, principles-driven dialogue rather than developing and then lobbying for a specific proposal.

Second, the context has changed. DTE Energy CEO Gerry Anderson noted this in his remarks: “Five years ago, investors rarely asked about climate change. Now, every single investor meeting includes a question about what we’re doing on this issue. Climate change is equally important to our customers.” Consumers, employees, business leaders and, perhaps most importantly, voters are recognizing the severity of climate change. Having seen the impacts firsthand, they are elevating the national conversation accordingly.

Climate change is unfortunately a reality, but we also believe we are seeing a change in the social and political landscape. Meridian is proud to be a part of elevating the discussion and helping cooler heads to prevail!

Through the CEO Climate Dialogue, Meridian helps CEOs from Fortune 500 companies work with environmental NGOs to advance business-friendly climate policies that protect people, the environment, and the economy.