Oh Deer! We have a whale of a problem (with plastic waste in the ocean) 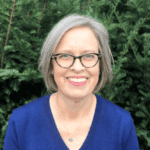 Driving with my daughter one Saturday morning in suburban Maryland, we came upon a disturbing sight – an injured doe desperately trying to stand after being hit by a car. Several cars had stopped and strangers were grouped around her, ready to stop traffic at all costs to guide her to safety. But she faltered and fell back down. As the stricken passersby walked somberly back to their vehicles, I was struck by our innate human instinct to want to help – particularly when something is tangible, in front of us, and looking us right in the eye.

How does this human instinct play out with other issues? Can we scale it? As someone who works with groups to tackle environmental problems, this is something I think about a lot.

Several weeks ago, a dying whale in the Philippines washed ashore with 88 pounds of plastic in its stomach. Much like the motorists grouped around the injured deer, I imagine fishermen and women, little kids on a Filipino beach watching the majestic animal struggle. When the whale was examined in a lab, 16 calcified rice sacks were pulled from its stomach, along with plastic bags, snack bags, big tangles of nylon ropes.

These two stories – thousands of miles apart – share some parallels: humans transfixed by an injured and dying animal. Both have tools at their disposal to address the underlying harm. If the bystanders were to work together in their communities and join with other communities, they could put a dent in the problems that the dying animals embody.

How do we tackle the problem of plastic waste in the ocean and the myriad of impacts it causes? Meridian has experience working on this issue going back nearly 30 years when one of our founders helped forge an agreement with the U.S. Navy to curtail the dumping of plastics at sea. Then – and now – we have powerful tools at our disposal. Big global actors. The power of social media. Innovation. The human desire to act.

Consider for instance, civil society groups such as GAIA in the Philippines working to create zero waste communities where nothing gets dumped in the ocean or burned and released into the air (their founder recently visited Meridian and reflected on his experience in NPR’s Goats and Soda series) or groups such as 5 Gyres who are pioneering explorations to understand the extent of the challenge.

Industry initiatives are also coming online to address this growing problem. The Alliance to End Plastic Waste and Loop are two such efforts that were announced in January. Groups such as Circulate Capital and National Geographic have recently launched challenges to spur innovation in the plastics value chain. And people are coming together – both through Meridian’s efforts and associated events such as the Ocean Plastics Leadership Summit in May where global plastics supply chain executives, non-governmental organizations, scientists and innovators – including Meridian colleagues John Ehrmann and Todd Barker – will experience the crisis firsthand. They’ll be onshore and in the Sargasso Sea, which is home to the North Atlantic Gyre, a current that has collected an inordinate amount of plastic waste.  John and Todd will be assisting trip participants to have honest and creative discussions on actions that can make a difference.

This Summit exemplifies the need to make this problem real to people in a position to help. While hearing about the challenges of ocean plastics in the news is important, I hope firsthand experience and interaction among these decision-makers will spur action, at scale. As they say – seeing is believing. There is nothing like staring into the eyes of a deer with a broken leg or seeing a gyre of plastic waste from the seat of a sea kayak.

Our Work in Oceans

Across many years and many continents, Meridian's strategic advice and partnerships-building has improved the health of our oceans.