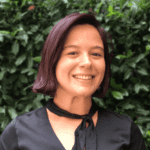 “The wars of the 21st Century will be fought over water,” Ismael Serageldin, former vice president of the World Bank, famously said. As I skim global headlines, I understand why people think a “water war” is imminent: entire cities are running out of water; contaminated drinking water is causing rampant health crises; and the Islamic State is using water as a weapon.

But are we truly on the verge of a water war? The short answer: no. The long answer: it’s complicated. This does not mean that serious conflict over water does not exist or that water issues cannot exacerbate existing tensions. Local conflicts over access to safe drinking water can take a toll on communities’ health, economic potential, and resilience and often escalate to violence. As a vital resource with so many competing interests, conflict may seem inevitable. But we forget that when it comes to water, cooperation is the norm, not the exception.

The International Water Events Database shows that violent conflicts over water are rare whereas peaceful interactions abound. The 1,228 cooperative acts recorded worldwide between 1948 and 2008 dwarf the 507 conflictive events, of which 62% did not escalate beyond verbal hostility.

Even in the deeply rooted conflict between India and Pakistan, the Indus Water Treaty has solidly survived three Indo-Pakistani wars and countless ruptures in diplomatic relations between the nuclear-armed neighbors, all while allowing for the sharing of data and joint management of the Indus River. Today, climate change is affecting the flow of the river and tensions are rising in Kashmir. The Treaty is being put to the test once again—but continued cooperation over water between the two nations has the potential to safeguard the Treaty for generations to come.

If we only focus on the inevitability of a water war, we risk forgetting the power of water to foster cooperation and peace. We create anxiety, rather than motivate action. We sacrifice important perspectives and design ineffective and unsustainable solutions. We distract attention from serious water-related issues that communities are facing daily.

While wars over water are not breaking out around the world, millions of people lack access to this fundamental human need: water. The world simply cannot afford to take an adversarial approach to water when 2.2 billion people lack access to safe drinking water and 4.2 billion lack sanitation services. Even in the U.S., there are 1.6 million Americans without running water or indoor plumbing and entire cities, such as Newark, NJ, and Flint, MI, are without clean drinking water.

Every day at Meridian, my colleagues and I strive to provide the space for collaborative problem-solving: we use our understanding of the people, issues, and context that could lead to conflict to instead build trust, partnerships, and long-term cooperation. I think about an effort Meridian led in the early 2000s as an example of how collaborative solutions can drive change in the water sector. In the midst of a flurry of headlines on aging infrastructure, water contamination, groundwater depletion, and extreme weather threatening the U.S. freshwater supply, Meridian guided leaders in water management, infrastructure, agriculture, and energy to embark on a groundbreaking collaboration: Charting New Waters (CNW).

Through CNW, these leaders committed to reframing problems as challenges to overcome, devising strategies with multiple benefits, and integrating a range policy and management approaches. Meridian facilitated the development of consensus-based guiding principles and recommendations on key areas including distributed infrastructure, urban water security, and nutrient management. This collaboration generated new and innovative ideas with sticking power—more than a decade later, many of these sectors and leaders are still working together to implement solutions to water and infrastructure challenges across the country.

In an era of unprecedented environmental rollbacks, a collaborative approach is needed now more than ever. Hypothesizing about the next water war will not help protect our water resources—but bringing people together to deliberately consider how to manage scarce and precious resources will. I’ve witnessed how water can be a catalyst for peace, economic prosperity, and healthy communities. When we come together to protect it, innovative and resilient solutions are within reach.

Our Work in Water