The Mighty Impact of Smallholder Palm Oil Farmers in Indonesia 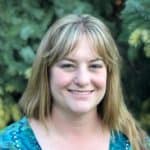 Think back on your past week. Did you use shampoo or laundry detergent? Did you eat bread, ice cream, or chocolate? While very different, each of these products share a common ingredient – palm oil. Even though it is the most widely consumed vegetable oil on the planet, you may have never heard of it. That’s because if you look at the label on the package, it might be ‘coded’ as sodium lauryl sulfate, glyceryl, or the all-general vegetable oil.

Despite being a major economic generator in the tropical regions of the world, palm oil has a bad reputation, primarily because it contributes to the destruction of rainforests, particularly in Southeast Asia. This destruction leads to habitat loss for endangered species and the release of dangerous greenhouse gases into the atmosphere. Indonesia presents an important opportunity because not only is it the world’s top supplier of palm oil, it also is home to 10% of the world’s remaining tropical rainforests. As the demand for palm oil increases, which it is expected to do at alarming rates in the next two decades, so will threats to forests as they are cleared for new planting areas.

Historically, most deforestation linked to palm oil has been driven by big agribusiness running huge palm oil plantations. The total amount of Indonesian land that is occupied by palm oil plantations is more than 16 million hectares (an area bigger than the U.S. state of Georgia). Companies face tremendous pressure from civil society to act on their commitments to remove deforestation from their supply chains.

But in Indonesia, there is another critically important population to consider: millions of smallholder farmers – those with farms smaller than 25 hectares – who rely on palm oil for their livelihoods. The area cultivated by smallholders has seen a massive expansion in the last two decades, from less than 1.6 to 5.8 million hectares between 2001 and 2018. In Indonesia, smallholders produce about 40% of the total national palm oil supply and occupy nearly half of the country’s palm oil cultivation areas.

If palm oil companies are serious enough about excluding deforestation from their supply chains, then they need be ready to invest in and build long-term relationship with smallholder suppliers.

– Representative of NGO working with palm oil smallholders in Indonesia

Given the prominence of smallholder palm oil production in Indonesia, there is a big risk that these vital stakeholders will be left behind in sustainability efforts. To address this concern, Climate Focus and Meridian conducted desk research and interviews with non-state actors on the biggest challenges smallholders face in producing forest-friendly palm oil. The top five challenges include:

We invite you to read the report, which unpacks these challenges and presents potential solutions for better integrating independent smallholders in sustainable and zero-deforestation supply chains.

While the lives and work of smallholder palm oil farmers in Indonesia may seem distant to you personally, the next time you wash your hair or savor some chocolate, take a moment to acknowledge the millions of smallholder farmers who produce palm oil, and by doing so, make these products possible.