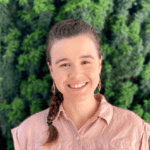 Plastic spreads to every place on this planet, from the belly of an animal in the most remote parts of Antarctica, to the highest mountaintops in the Himalayas, to the deepest trenches in the ocean. This is the moment to turn the tide on global plastic pollution.”

This statement, shared during a United States dialogue on a global treaty on plastics, homes in on why the entire world must take action on the plastics crisis. On average, humans consume 5 grams of microplastics in our food each week – equivalent to a credit card – while the production and disposal of plastics contributes about 850 million tons of greenhouse gas emissions each year. Plastic pollution is ubiquitous, and its production and disposal disproportionately affect the most marginalized groups, with chemical plants often located in vulnerable communities.

That’s why on March 2, 2022, at the United Nations Environment Assembly (UNEA-5) in Nairobi, Kenya, 175 countries endorsed a resolution that will address plastic pollution and forge an international legally binding treaty by 2024. The treaty will include negotiating binding global targets with monitoring mechanisms, developing national action plans, and financing lower-resourced countries to meet targets. The vote demonstrates a commitment to addressing the full lifecycle of plastic on both land and in the ocean and promoting the sustainable design of plastic packaging to increase reuse and recycling.

This decision was backed by over 100 financial institutions, plastic producers, brand owners and retailers, and waste management companies along with over 700 other groups  – a level of commitment that was unimaginable a year ago when Meridian began supporting the Ocean Plastics Leadership Network (OPLN) Global Plastics Treaty Dialogues.

In late 2020, Meridian and OPLN began engaging and educating stakeholders about the possibility of a global treaty addressing plastic waste. At the time, very few stakeholders were even aware of treaty discussions, only a handful of businesses had articulated their support for a treaty, and such a lofty goal seemed impossible to achieve in the face of differing views.

Since then, we have convened four international dialogue sessions with OPLN, WWF, and Greenpeace to map perspectives and bridge gaps between diverse stakeholders around the world. In partnership with OPLN and local partners, we have designed and executed six country-level sessions in Chile, Ghana, Indonesia, Malaysia, Pakistan, and the United States, to build governmental and multistakeholder awareness and to lay the groundwork for national action plans that will be key to implementation. These sessions have built trust between traditionally oppositional groups such as corporate heads of sustainability and local waste reclaimers, major plastic producers and advocacy organizations.

The UNEA vote in favor of a globally binding treaty represents an important step toward tangible change that will improve our health, communities, and ecosystems. But it is just the first step – countries now must negotiate the provisions of the treaty itself and create and execute their national action plans. And designing and implementing a treaty is not the be-all, end-all solution to the plastics crisis: concrete action is still needed from companies, countries, and consumers alike.

To build on the vote’s momentum and support holistic, coordinated action, Meridian is partnering with OPLN to complement the Global and Country Dialogues with a separate initiative on designing and implementing reuse and refill systems. We are also convening stakeholders to explore the potential of advanced recycling technologies in the US. Meridian is deeply committed to driving collaboration to identify and overcome key barriers to address plastic pollution. As Assistant Secretary Medina stated, now is the moment to turn the tide on global plastic pollution.